Home Past Events New “Exo-Planets,” The Disclosure Project and the Existence of ET Intelligence in Our Universe – Daniel Sheehan, Esq. – April 15, 2016

New “Exo-Planets,” The Disclosure Project and the Existence of ET Intelligence in Our Universe – Daniel Sheehan, Esq. – April 15, 2016

New “Exo-Planets,” The Disclosure Project and the Existence of ET Intelligence in Our Universe 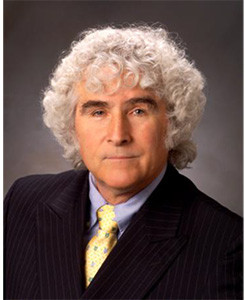 Daniel Sheehan is a trial lawyer, appellate attorney, public speaker, author, college and law school educator. For over forty-five years, Daniel’s work has helped to expose injustice, protect fundamental rights, and elucidate a compelling vision for the future of humanity.

Since the launching into earth orbit of The Hubble Space Telescope, the Kepler Space Telescope, and the Planck Space telescope, over 2,000 “Confirmed Exo-Planets” have been discovered and catalogued by our human family and many of them now been officially confirmed to be “habitable” including exo-planets moons. These discoveries have motivated the Vatican to issue an astonishing official announcement declaring that:

In this BoulderExo presentation, Daniel Sheehan will discuss the role of the recent discovery of thousands of new “exo-planets” in the advancement of The Disclosure Project relating to the existence of extra-terrestrial intelligence in our universe.

Daniel P. Sheehan is a Constitutional and public interest lawyer, public speaker and educator. Over the last forty-five years he has participated in numerous legal cases of public interest, including the Pentagon Papers Case, the Watergate Break-In Case, the Silkwood Case, the Iran Contra Scandal and others. He established the Christic Institute and the Romero Institute, two non-profit public policy centers. He has also spoken publicly about UFOs and alien visitation.

Sheehan is Chief Counsel of the Romero Institute, where his focus is the Lakota People’s Law Project. The Lakota People’s Law Project seeks to end what they claim are unlawful seizures of Native American Lakota children in South Dakota, and stop the state practice of placing the vast majority of these children in non-Native homes, in violation of the federal Indian Child Welfare Act.

RSVP to the Facebook Event and invite your friends!