Home Past Events Mothmen and Astronauts on the Cosmic Highway – Dan Drasin – July 12, 2019 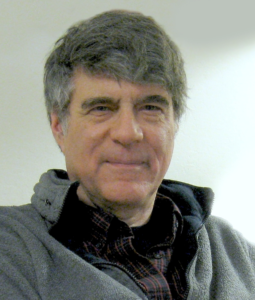 Filmmaker and paranormal investigator Dan Drasin presents an illustrated two part talk that spans the “greater reality” of prophecy from ETs and the Mothman to the higher realms of existence through his investigation of channeling the Challenger and Columbia astronauts.

Stalking the Mothman  Dan will share insights based on his first-hand experiences in the “haunted” town of Point Pleasant, West Virginia during 1966 and ’67:  A mysterious flying creature. Men in Black. UFOs galore. The prophesied, tragic collapse of an Ohio River Bridge, and two visits from folks who had died. Some of Dan’s adventures were chronicled in John Keel’s book  The Mothman Prophecies, which inspired the Richard Gere movie of the same name.

Messages from the Other Side  Dan will also present some footage from his latest video project, which documents the mediums who have been channneling the crews of the ill-fated space shuttles Challenger and Columbia. (Dan also produced Calling Earth, a feature documentary about afterlife communication via modern electronics, which he presented at BoulderExo in August, 2017.)

Dan Drasin was born and raised in the New York City area. Since 1973 he has lived in the San Francisco Bay Area except for three years in Boulder, 1992-95.  His interests are broadly scattered throughout the arts, sciences, and humanities. Following an educational journey through Pratt Institute, Harvard University, and the New School, he began an independent career as a documentary filmmaker and media producer that has lasted for most of his adult life, including a 44-year affiliation with New Dimensions Radio. He has also lived a “parallel life” as a researcher in the fields of consciousness and anomalous phenomena. Dan’s professional website is dandrasin.com. His other site, newscience2020.com, features videos and articles about science in the service of expanded awareness.